Our first sightseeing stop of our 2019 RV-Revelation journey was a visit to “The Big Easy, New Orleans.”  We pulled into Pontchartrain Landing which is a combination of Villa’s, Marina and RV Resort located on Lake Pontchartrain, just minutes from the French Quarter. 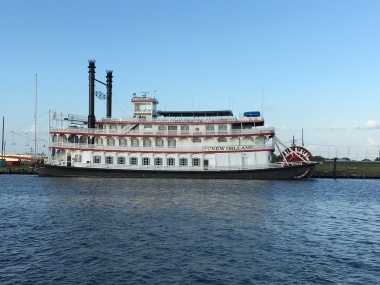 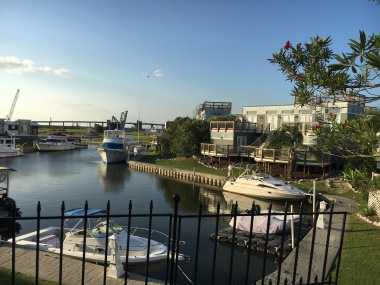 The resort offers a shuttle service or Uber, which is a wise idea, as parking and driving the narrow streets downtown can be tricky.  Uber it was for us, so we could arrive early at Café Du Monde in the historic French Quarter for our first sample of New Orleans cuisine, the Beignets! 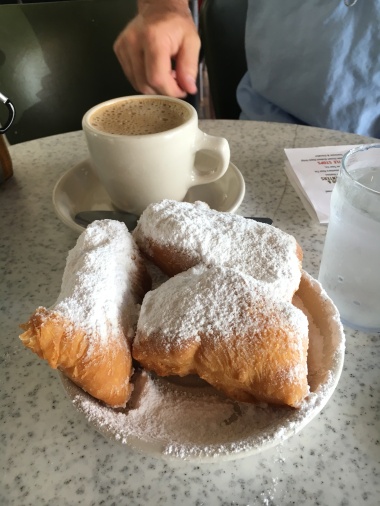 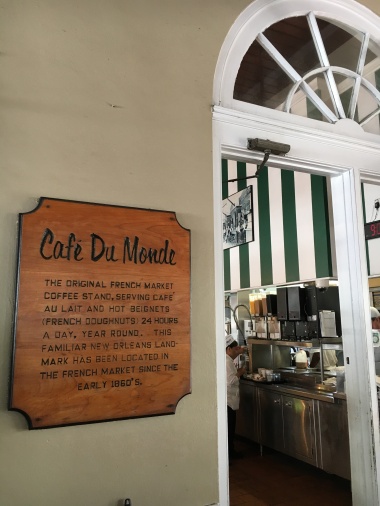 Just across the street is Jackson Square, which was declared a National Historic Landmark in 1960.  It’s the site the Louisiana purchase was made in 1803.  The statue is Andrew Jackson, with Saint Louis Cathedral in the background.  It is the oldest Roman Catholic cathedral in the United States.  It faces the mighty Mississippi River. 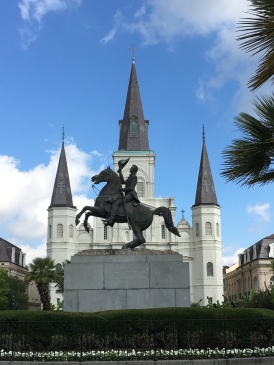 A beautiful stroll along the mighty Mississippi River to the French Market. 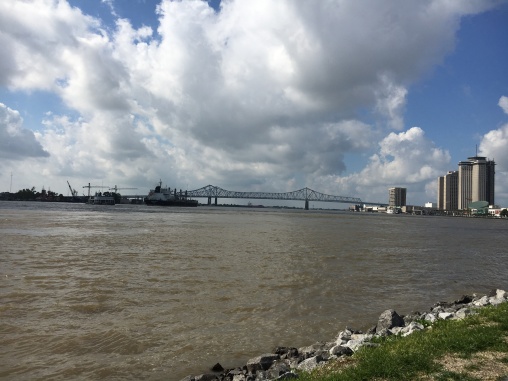 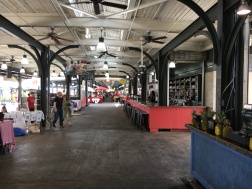 It was a beautiful day registering in the 90’s, with a lovely breeze, but we soon realized this is a big area to cover in one day, so we took the Hop On, Hop Off, City Tour. Another option is the historic Street Cars.

The bus tour offers beautiful sights and history narration of the area.  St. Louis Cemetery No. 1 had an interesting pyramid shaped vault (unfortunately not shown) which was purchased by Nicholas Cage.  The Mercedes Benz Superdome is home to the New Orleans Saints NFL football team. 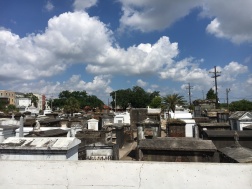 The Garden District is lined with oak-shaded streets and charming cottages, shotgun houses and beautiful mansions.

The Manning House was home to Archie Manning, a beloved New Orleans Saint.  His sons, Eli and Peyton grew up in this house on 1420 First Street in the Garden District.  It’s the House of Champions!

The Lafayette Cemetery No. 1 has almost 500 wall vaults and a rich history of some of the first settlers and famous people.  There are 1,100 family tombs and over 7,000 people buried in the cemetery.

The Commanders Palace Restaurant since 1880, is known for it’s awarding winning food, unfortunately we did not partake, no shorts allowed, we were a little under-dressed!

One thing for sure is you better wear good walking shoes, the sidewalks are ankle breakers!

Remnants of days of old, 1984 World’s Fair “Neptune” the theme that year was “The World of Rivers – Fresh Waters as a Source of Life.” 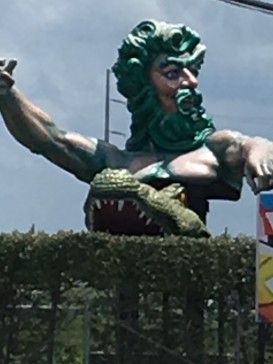 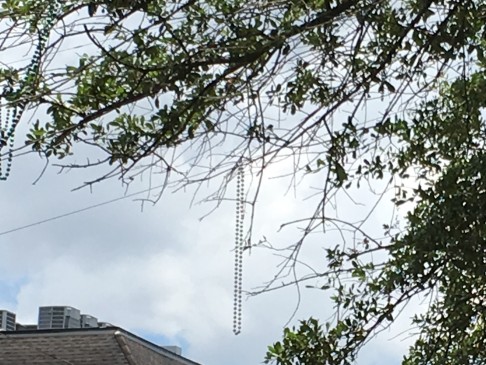